On August 20, Scott NE8E and Jay K8DC set up a demonstration table at Spark in the Park (http://www.k8tb.org/sitp.htm), a science fair for amateur radio.

The turnout was hampered by severe thunderstorms and a tornado warning, but quite a few attendees showed up nonetheless.

Scott showed some “Manhattan-style” projects he has built, including a 2 meter low pass filter, and 2 meter FM transmitter. Jay showed his equipment for building circuit boards with surface-mount devices at home, including a small reflow oven and a custom circuit board he designed and built. He also set up a hot-air soldering station so that people could try their hand at soldering small SMD components onto a PC board, and it was popular with folks who had never tried this soldering technique before.

Jay set up a web page for people seeking more information and links about building with SMDs: http://www.brainright.com/Projects/Electronics/SMDs/. 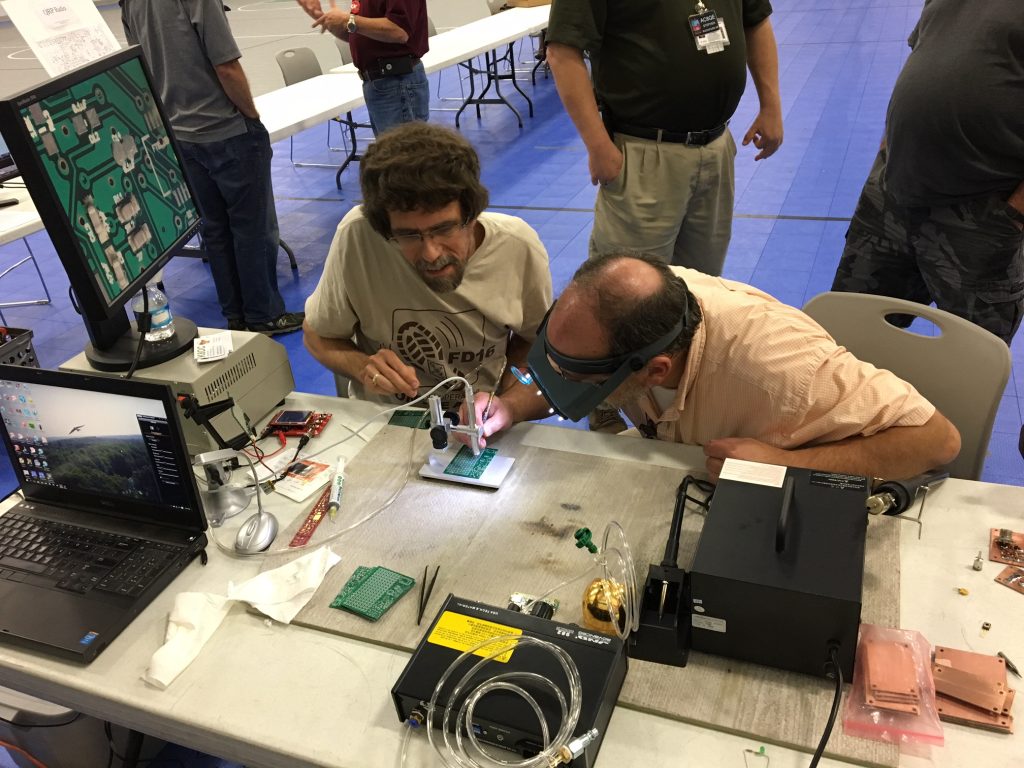 Fun and fellowship while advancing the radio art and providing service to the public.